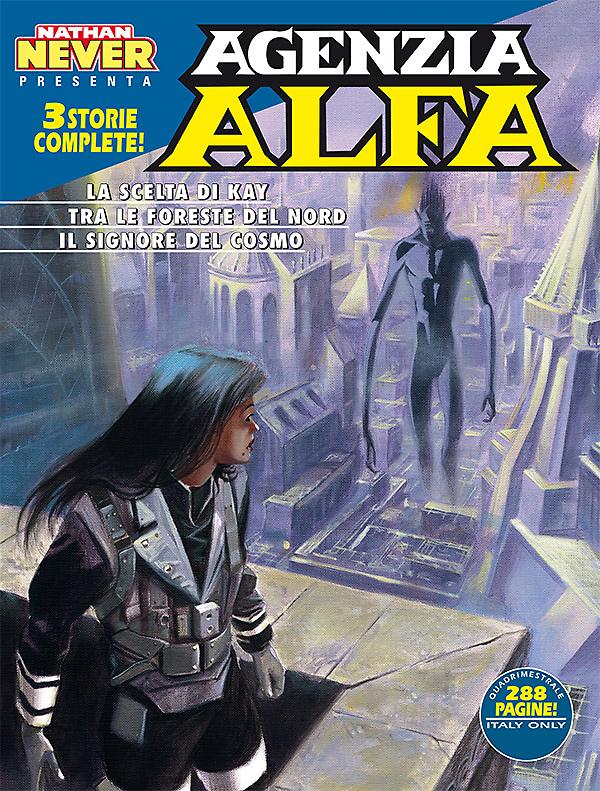 Introduction: From the mountains of the farthest Northern sectors to deep space: for our Alfa agents, adventure knows no borders!

The young mutated woman, Kay, rebels against the authority of the telepathic sisterhood, in order to try and help a human girl. What will be the repercussions of her choice?

In the snowy mountains in the North, two savage monsters appear, revealing the existence of a dreadful scientific experiment. But things are not always what they seem to be...

May is taken to deep space, to be confronted with the consequences of her adventure in the lost city of Laputa. But who is the mysterious entity that's apparently mastering her mind?