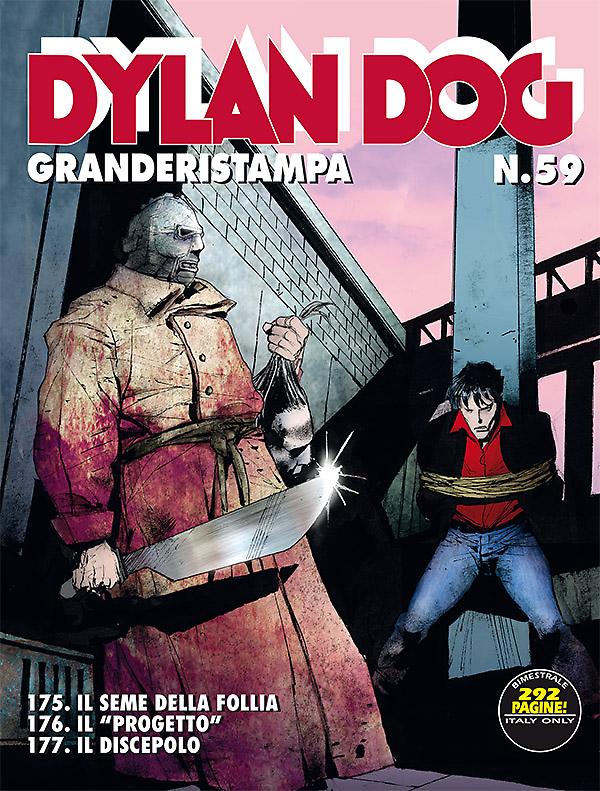 Who has taken Amber’s life? And who has killed the other three kids? Behind these crimes, a single mastermind, a bad role model, a cult idol adored by the crowds: his name is Bloody Murray. He’s the one who guided the murderer’s hand, triggering the revenge of Dylan, whose mind is devoured by vengeful fury!

Alden Clay doesn’t exist. But he isn’t the only one. Quite the contrary, there are lots of people like him, who work, have a home, a family… and yet they don’t exist. They’re the ideal citizens of an ideal world. They’re the forward flank of the “Plan”, a mysterious worldwide conspiration that aims to take total control over souls. Admittedly, some small mishaps along the way are unavoidable, like the one that cost Dylan a murder charge. Luckily, he’s got the very young Lee Riker, highly-spirited and passionately in love, pleading on his behalf. But perhaps Lee is changing too, she’s beginning not to exist...

It isn’t always advisable to rely on the wisdom of the elders. If you don’t believe me, then try asking Dave Nolan. His mother, Helena, is the housekeeper for an elderly gentleman, Conrad Rathbone, who is alone and infirm. But as to whether he’s also helpless, well, you’ll have to wait and see… It won’t be long before Dave on the one hand, Dylan on the other, discover that old Rathbone is a veritable goldmine of surprises.