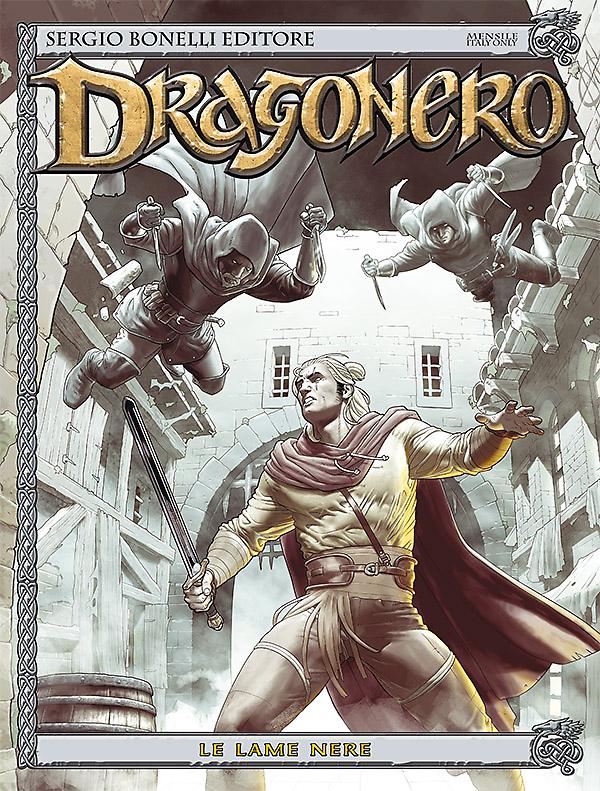 Introduction: Two murderers, one signature: the stamp of the secret guild of the Black Blades!

While he's in Vàhlendàrt, Ian is approached by a stranger who warns him against an impending threat, just before being killed. For Dragonero, it's the start of a race against the clock, in order to shed light upon a mystery: apparently, there's a connection between this event and the arrival of a hitman duo, who are members of the secret "Black Blades" guild. The killers have their eyes set on a specific target, and Dragonero is the only one who can foil their deadly plan!...