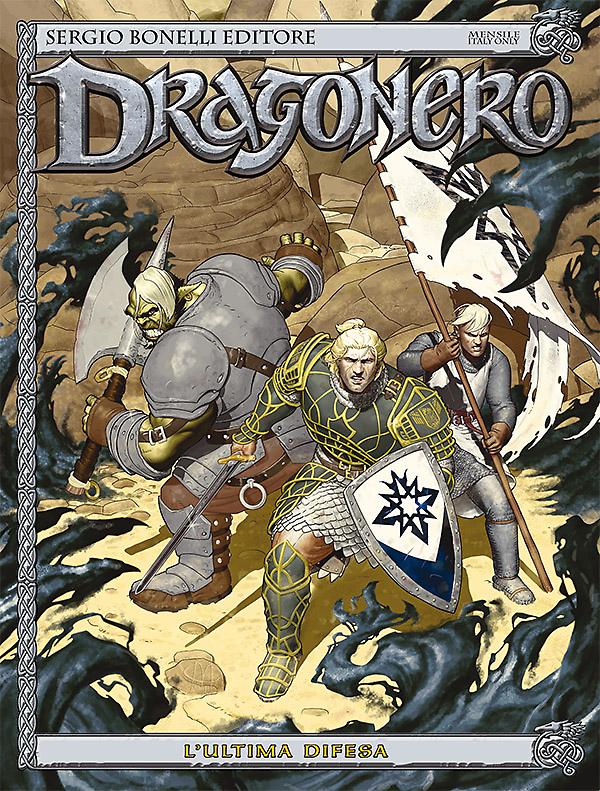 Introduction: The powers and army of "the Dark One" are spreading death and devastation near the borders of the Vahcondar desert!

A necromancer who came from the lands that lie outside the Empire territories and goes under the name of "the Dark One" has begun to wreak death and devastation on the border villages near the Vahcondar desert. Orcs, Ghouls and Giants form the troops of his army. Dragonero and his comrade, Gmor the Orc, are attached to a squadron of Candaryan knights, who have been deployed to stop the enemy threat. It will soon become apparent that their mission is more complicated and dangerous than they thought: "the Dark One" has terrible, obscure powers that make him a lethal adversary even for Dragonero and his sword!