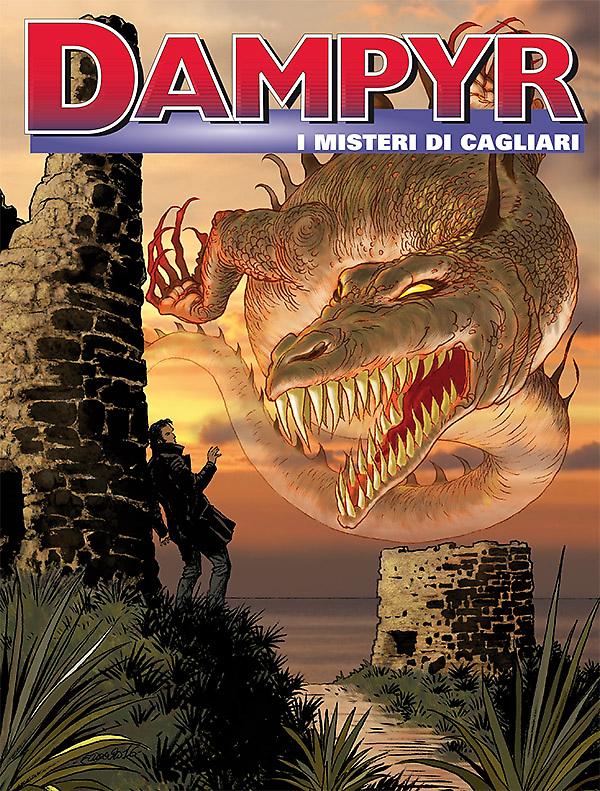 Introduction: For centuries he waited, ready to snatch his prey... A pure soul in a vampire body...

A morbid archaeological find in the entrails of Cagliari spurs Sophie Mutter and her fiancé, Professor Sanna, to ask Harlan Draka for help. They will uncover an ancient tragic tale of Spanish Inquisitors and beleaguered Jews, that involved a very young undead boy, Nicholas, the former leader of the Children's Cruzade, and two dangerous enemies of the Dampyr's: Meridiana the succuba and the mighty Nergal. This upsetting actors are back to the Sardinian capital city for the finale of their drama, that will take place in Cagliari's alleys, vaults and crumbling old palaces, in the historical quarters of Marina, Stampace and Castello...