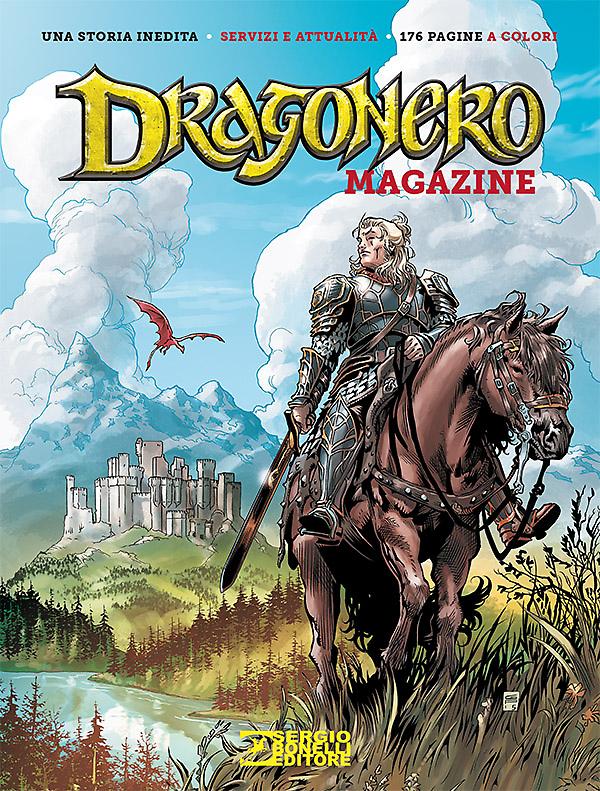 The pages of the many articles in our first Dragonero Magazine will take you on a "Journey through Erondár", to find out that you should "Find a dragon to find a treasure", or discover "Peter Pan’s secret life", and get to know Licia Troisi with her best-selling young warriors. The long, unpublished-before comic adventure, in full color, will present a Dragonero involved in a secret mission for the Empire’s Chancellor. What he doesn’t know is that he’s going headfirst into a trap! There’s nobody he can trust, here, and the Dragon Slayer is forced to face a long journey from the snowy peaks of Margondár to the deserts of the “void land”, crossing the dangerous forests of Suprendàr. And during his trip, he will soon be forced to flee away! Dragonero will have to fight for dear life, with mysterious killers constantly hunting him down, until he’ll reach his final destination…