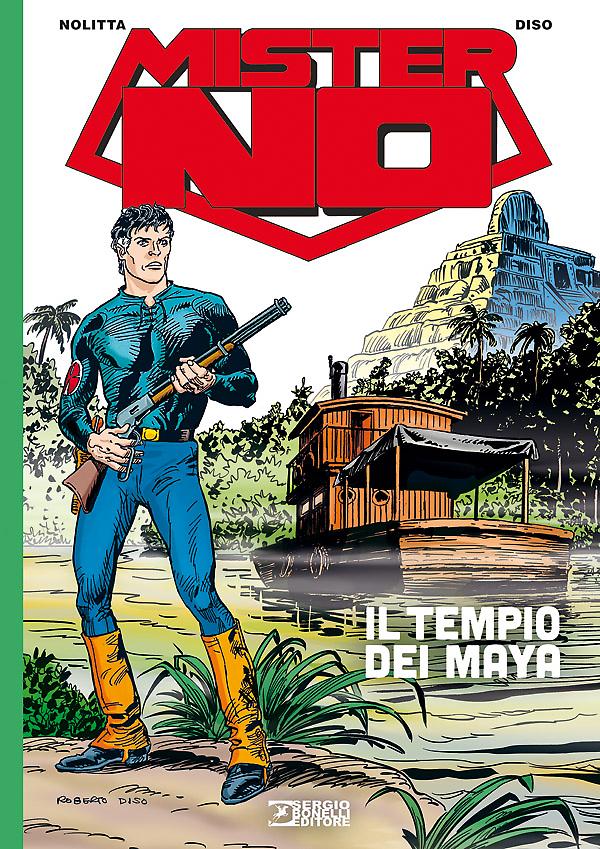 A classic, irresistible adventure of the anti-hero par excellence. Mister No, the character created by Guido Nolitta, a.k.a. Sergio Bonelli, is back in a deluxe volume, with a new, unpublished-before version in full color, specially created for this series!

Our rebel, generous, quick-tempered and reckless pilot leads Professor Warren’s expedition in search of mysterious Mayan ruins, deep into the Amazonian jungle. The group also comprises Mister No’s best friend, Esse-esse, the charming archaeologist Patricia Rowland and Dana Winter, a genial African-American piano player, whose name is considered too feminine for Manaus nightclubs. They’ll find many characters ready to hinder their research, but in the end the group led by Mister No will achieve its goal— but what they’ll find will leave everybody with their mouth agape.