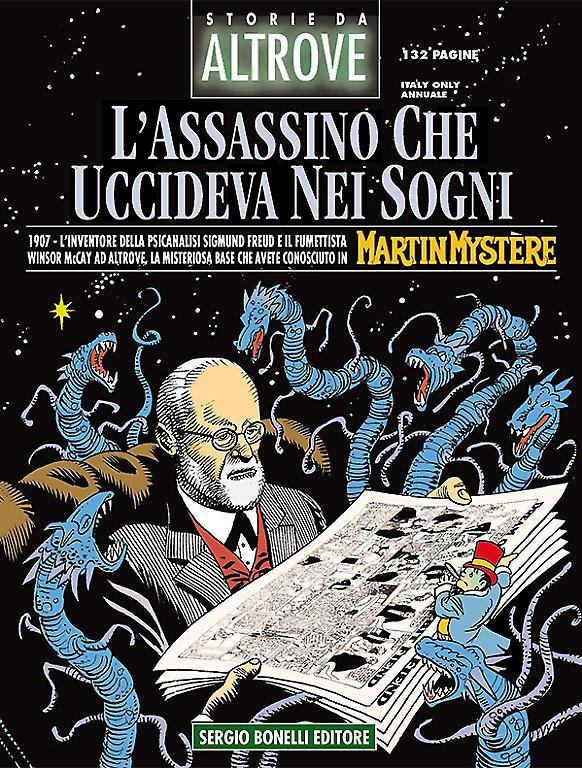 Introduction: Someone is manipulating dreams, changing them into Grand-Guignol-like and deadly nightmares!

Year 1907. While they are busy fine-tuning the “Entente Cordiale” between Russia and Britain, a few politicians are killed in a horrific and picturesque fashion, just like in the worst nightmares. But somebody had pictured those Grand-Guignol-like murders in a humorous way: it's Winsor McCay, the creator of a successful comic strip, who maintains he's dreamt about many of the events he portraited in his drawings. Is there someone who can manipulate dreams? While the "Elsewhere" agents are investigating the case, a mysterious man called Preskett, who cannot remember about his past and doubts his own identity, go for help to a man who knows a thing or two about dreams: Doctor Sigmund Freud!