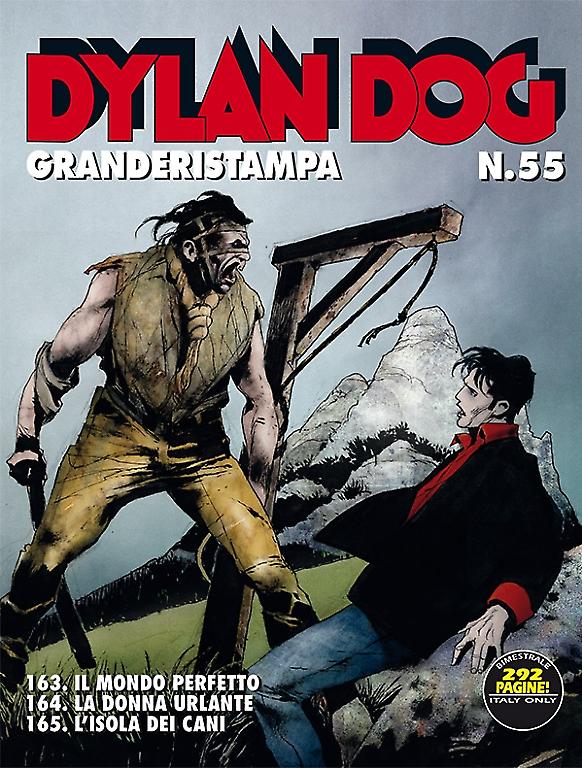 Your mother, your little sister Joy, your girl-friend… Everybody loves you here, everything is all serene and time goes by without jolts. The accident deprived you of memory, but never mind… You will remember sooner or later, there’s no hurry. Dylan Dog is closed up in a nightmare that has the attractive appearance of a dream, closed up in the vise of a perfect world. It has been created by a child-like mind, a conscience terrified by reality…

What does the art factory nourish? Obsessive passions, joy and anguish, wistfulness and rage… Celia Kendrick has poured all of herself into her work, into her masterpiece: the Howling Woman. But the force of her dreams slips beyond her control and is such that it breathes life into the metal and drives the sculpture to kill! Dylan Dog has to hunt down a monster with an iron heart, to discover who or what is hidden behind the mask of the how!

Can’t you hear them snarling? They’re coming, or rather they’re coming back as raging ghosts, famished like… dogs! They’re guided by the pirate Brooke, who was hanged on the gallows in 1703 and vomited out of Hell to settle a pending account. What links the legendary Black Island to the districts of modern London? What ancient sorcery is hidden in the vaults of the Hoskins, Hoskins & Wayne? bank? The answers are floating in the eye of the man hanging from the gallows…