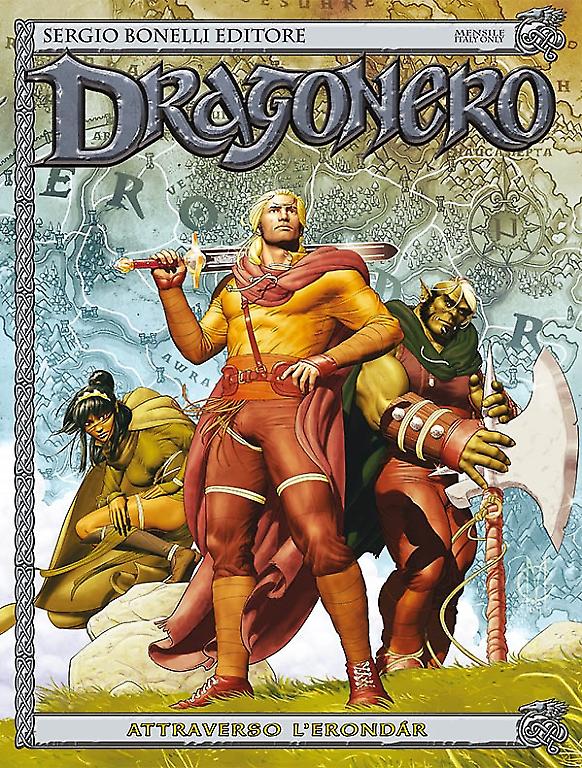 Introduction: When his brothers-in-arms are in danger, Dragonero is ready to spring into action!

"By different steps, with the same heart". These are the words of the Imperial scouts' anthem, and friendship is indeed the force that keeps them as one... When three other scouts need help, Ian, Gmor & Sera don't hesitate in answering! After getting caught by a Necromancer, Bryana sends her she-wolf to call Dragonero to the rescue. Yannah, the scout from the barbaric kingdom north of the Empire, needs Gmor's strength to find a legendary weapon that had been stolen from her tribe. And finally, Sera is taken by, Ewyan the elf to face a sylvan elf worst nightmare... a nest of Grinders... The real threat, though, lies beyond those critters, inside an Elvish graveyard that fell under control of a demon.