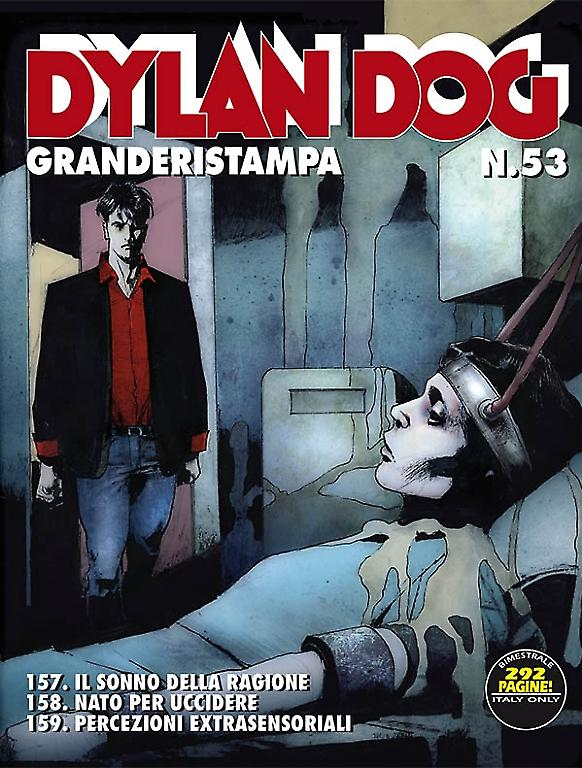 Introduction: An horrible secret closed in a weak body, killers in the name of Death and an assassin with no face!

Stark naked and all skin-and-bone, abandoned in a London alley in the rain and cold. The girl is a vegetal, she’s floating on the black waters of coma, completely insensitive… But around her, there are people dying! Is there an ancient African demon inside that fragile body, or perhaps the pestilence of a new virus? Thousands of terrible hypotheses surface in Dylan dog’s mind, but the truth is even more monstrous!

Number is only a humble clerical worker, an honest administrator who makes sure that everything adds up properly on the balance sheets… of Death. That’s why he makes use of the services of Chris and Ginger Morn, armed robbers and murderers with absolutely no scruples, or hardly any. Ginger is tired of all this and wants to start a new life, but this isn’t going to be an easy choice. Inspector Bloch and Dylan Dog are on her heels, and the diabolical Number doesn’t want to give her up….

Exploring other people’s minds, reading their mind like an open book and traveling to and fro through it until their life feels like one’s very own… This is what the mysterious Benjamin is looking for. The faceless murderer wants to be united with his victims in a gruesome embrace. Now he’s on the tracks of Clarisse Anderson, because there’s something in her that exerts an irresistible pull over him, but he will find Dylan Dog barring his way!