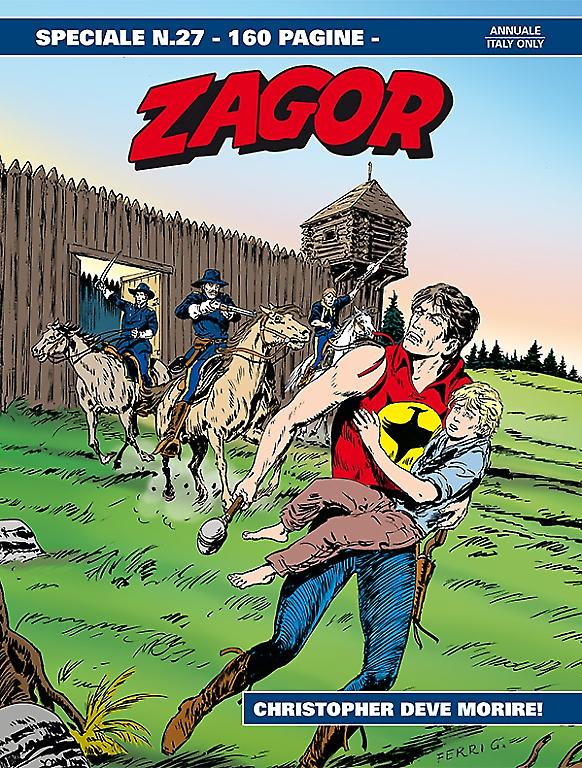 Introduction: The roots of an inextinguishable hatred are to be found in the past of a child!

Zagor & Cico meet a boy: he says his name is Christopher, but otherwise he seems to have lost his memory. Apparently, the kid has been abandoned by his parents in the forest and kidnapped by a Native tribe, although they were known to be peaceful. After they set the child free, a string of disquieting events cause ongoing attacks by unsuspectable people, who weren’t supposed to be a threat at all. What is Christopher’s secret? And what’s hidden in his mysterious past?