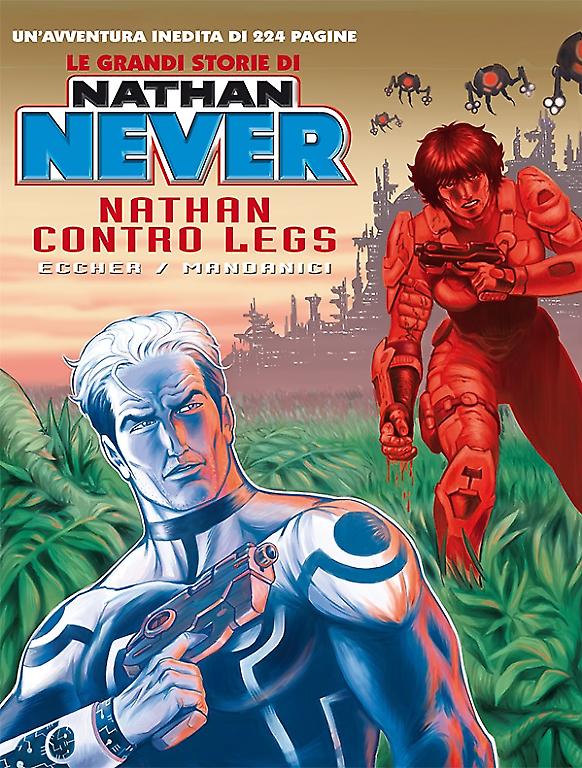 Introduction: An extreme mission forces Agenzia Alfa's best agents to fight one against the other!

Orson and Katy, former members of the now-dismantled Ghost Squad, join the Alfa agents for a dangerous mission: their target is a crazed bomber, Herbert, who ran away from the criminal asylum he was in. But the operation gets to a tragic turn, causing a rift inside Agenzia Alfa that will put its two best agents – Nathan Never and Legs Weaver – one against the other. While Omega is scheming in the dark, and Sigmund seems to just helplessly watch what is happening, only a few people realize that now a far bigger game is on...