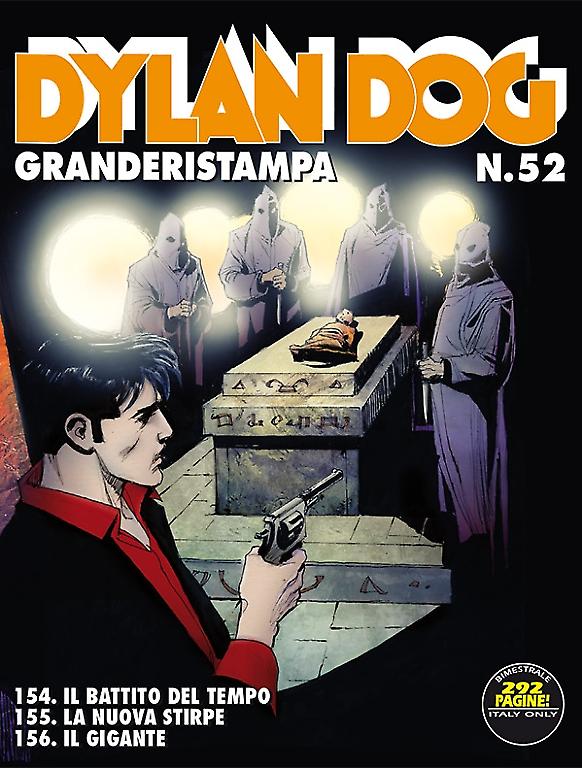 Eternal youth, eternal joy and bliss… Who hasn’t dreamed of such a thing? But, little by little, time penetrates like an acid and, slowly but surely, its smoldering fumes begin to burn life up. Will Peter Pan’s children, the inhabitants of Never-Never Land, be able to resign themselves to this nightmare? What are they prepared to do in order to escape old age? What violence can they perpetrate, in the desperate attempt to stop the beat of time?

Baby Seth is not like all other babies – just a single glance is enough for anyone to realize this immediately. Around him, an invisible plot is being woven, and a battle to be fought to the bitter end. A powerful sect wants to worm out the secrets of his superhuman nature, but the Dwellers in Darkness protect him. Dylan Dog is squeezed between the two contenders and is trying to figure things out… Are the mysterious nocturnal beings monsters or superior creatures in the quest for survival?

"The time is right!", says Wookie the pixie. The time for folk tales and their weird characters, the little population of gnomes and fairies. But that enchanted world also contains nightmares, and Darby Dadd is aware of this. Consequently, he needs to warn Dylan Dog, he needs to alert him to the risk of a threatening shadow that is breaking out from fantasy and is about to enter into the real world. The shadow of a blood-thirsty monster whose thundering steps are making their way through London. The shadow of Zaron the giant!