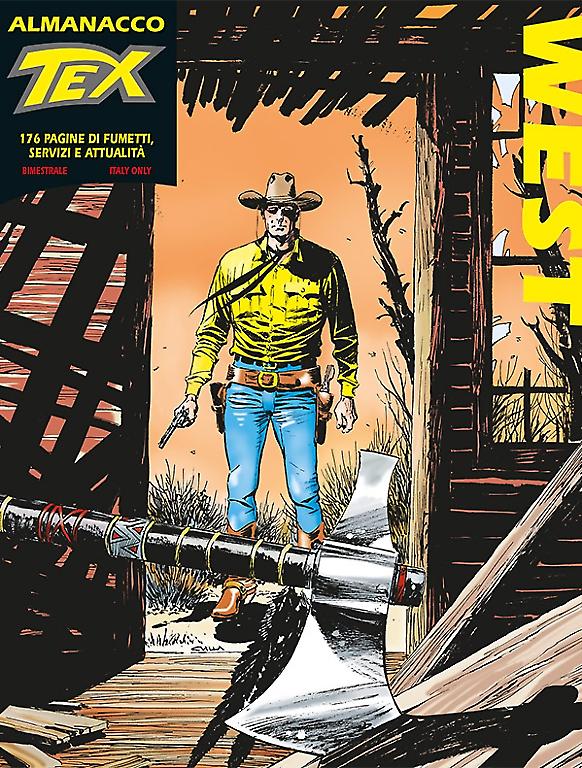 Introduction: The bloody trail of revenge has one target: Black Hatchet!

Strong is a ruthless bandit—and the proof of it is his clever and bloody robbery of “Silver Luck”. But there’s a deep childhood wound hidden in his soul, that was caused by Black Hatchet, the navajo warrior. In the heart of the Native territory, Tex & Carson stumble upon the long trail of blood left by Strong’s only desire: revenge! The bandit won’t refrain from torturing and butchering people, and the two Ranger will have to try to avoid a tragedy! This year’s Almanacco also features full-color dossiers about the director, Sergio Corbucci, the Native writers, Zorro, El Coyote and the masked avengers, and everything about the Western books, movies, TV series and videogames of 2015!