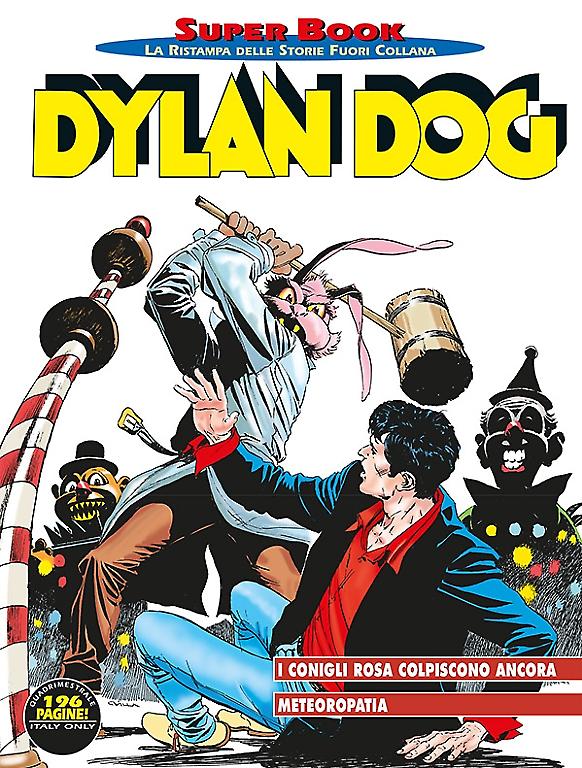 After years of silence, Pink Rabbit, the killer that Dylan Dog already faced twice, seems to be striking back. His victims are the unlucky customers of the Pink Park, a theme park inspired by the Land of the Colourful Shadows. They have been killed in such peculiar ways that there are few doubts about the killer's identity. If that wasn't enough, this time the Pink Rabbit seems determined to directly challenge the dweller of Craven Road, sending him some letters where he describes and puts a signature on each one of his crimes. The Almanacco also features 82 full-colour pages about books, movies, TV series and videogames of the year, as well as files about Tim Burton's tender "freaks", Van Helsing, Solomon Kane and the other monster-killers, and to the bloody kiss of the she-vampires.

An unbelievable flood hits London, and the Nightmare Investigator himself is drawn by a tide of events in an adventure that will show the best, and the worst side of a group of survivors.