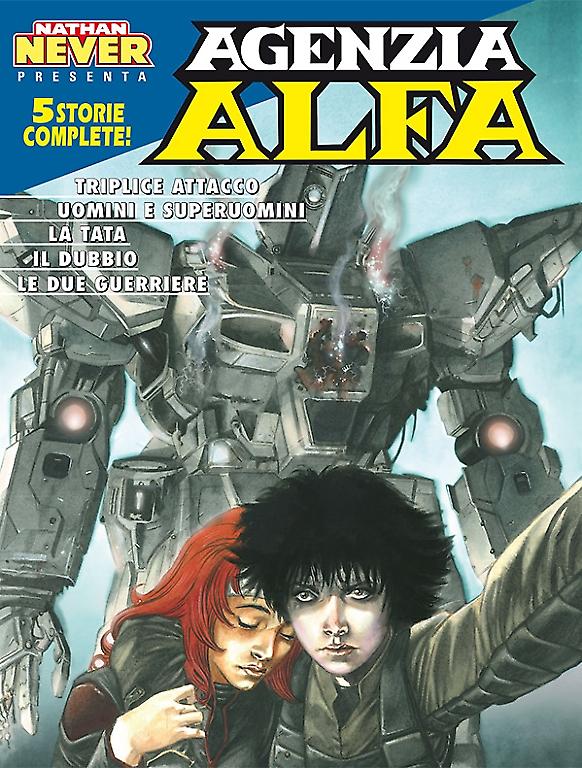 Introduction: The sky, the sea, underground, in the deserts of the Terrirory, in the labyrinths of the East City: for the Alfa agents, action never ends!!

Erika, Tanya and Monique, the three Walkirye, are involved in a desperate mission that takes them to go into action at the same time underground, in air and at sea, to prevent a terrifying disaster that could provoke the death of hundreds of innocent people!

Uomini e superuomini
Plot and script: Giovanni Gualdoni
Artwork: Luciano Regazzoni
An investigation to find the identity of a pair of acrobatic thieves puts a strain to the relationship between May and Branko once again...

Betty and Sigmund’s marriage is undergoing a crisis, due to the fact that they seem unable to have children. But the unexpected involvement in the kidnapping of a young boy forces the woman to face her contradictory feelings...

Link the android must try to frame a trader of pirated technology, but things will get more intricated then he thought...

Sent to the Territory on a mission, Legs and Tanya are caught in a dangerous illegal fight between giant mobile armor suits!