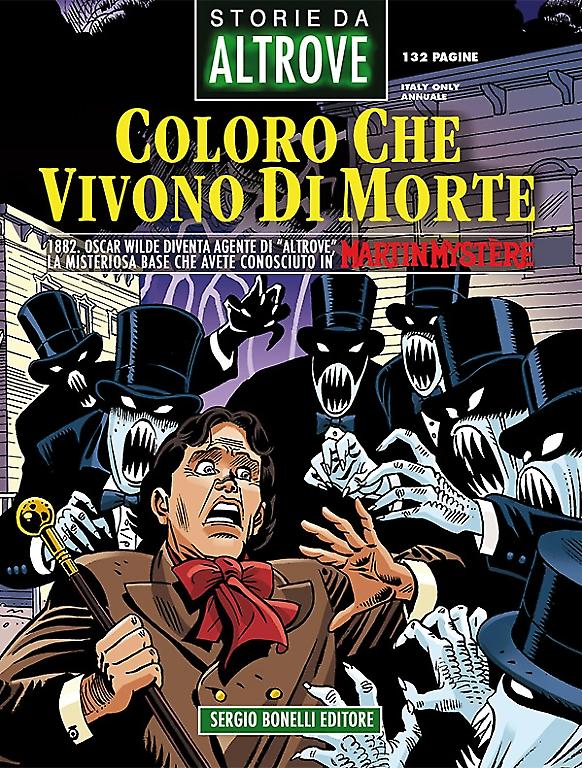 Introduction: To prevent the conspiracy that caused President Garfield's murder, Elsewhere will have to ask Oscar Wilde for help!

USA, year 1882.  President James A. Garfield is killed in an attempt to his life. The deranged murderer is immediately delivered to justice, but is he really the only culprit? While he’s locked up in jail, the man goes into a sort of trance and starts speaking an unknown language, scaring the hell out of the wardens. The “Elsewhere” agents manage to find out that the president’s murder is a part of an obscure scheme, hatched by grotesque creatures who live in the shadows; Olimpia, the attractive and dangerous robotic woman, goes into action. To expose the conspirators, Olimpia will have to be helped by a man who just arrived from England: Oscar Wilde! Young and still at the beginning of his career, the writer is in America for a conference tour— he will unwittingly have to face animated statues, talking paintings and demonic spirits!