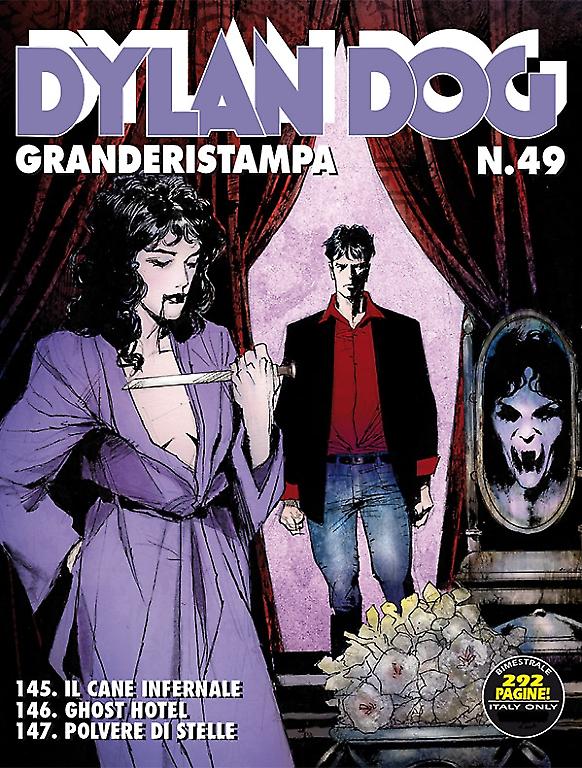 Introduction: The keeper of Hell, a devilish hotel and a film star who doesn't want to yield before the passing of time.

Dylan Dog, mistaken for a mysterious Mr. Thornhill. A genetic manipulation project. And dangerous plots of industrial espionage… What does all this have to do with the powers of the infernal dog, the diabolical keeper of the threshold of the world beyond, and a devourer of souls? The answer is simple, when science touches the borders separating life from death, the finite from the infinite!

I am the concierge of a hotel that rents rooms by the hour... It’s the Limbus, a crumbling building where ghosts and lost souls dwell, endlessly reciting their farce of pain. Even the Devil wants to get rid of them but in order to do so, he has to resolve an inscrutable riddle, a secret that plunges below the foundations of the hotel, down and down into a forgotten past. To do so, he needs a patient Investigator, with just the right amount of cunning and craziness…

The heat of the spotlights, the droning of the movie camera, the excitement of the first shot. All this is lost in a cloud of sparkling dust. For Vera Vallenberg, the only thing left is the memory of a fame that has by now been forgotten, and the terror of seeing it destroyed. But Vera still has not lost her beauty, her hands are still strong, her youth is nourished by blood… She will be back to collect her due, defying death itself!