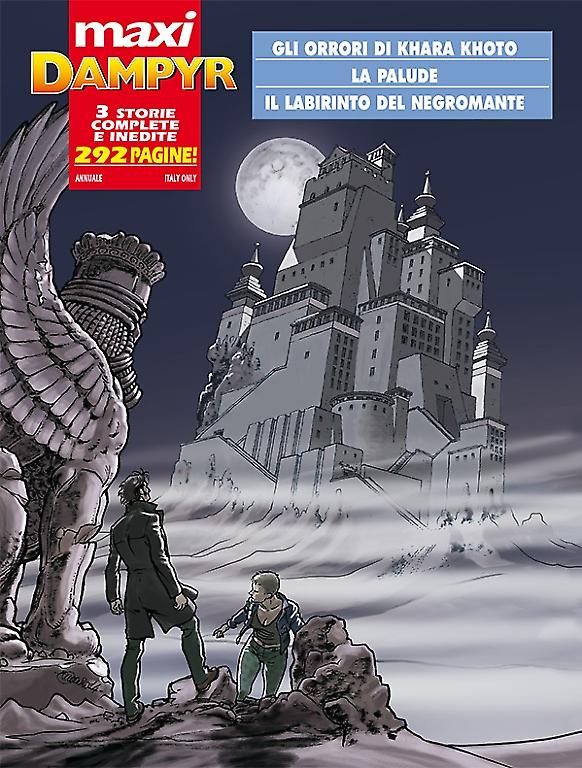 Introduction: A city buried in the Chinese deserts, a double life in the middle of a marshland, a green maze with a dark core...

Reduced to dust and a few stark ruins, the mythical Khara Khoto sleeps its millenary slumber in the desert of Alashan. A few miles away, though, veiled by illusions, the real Black City lies in the sands, ready to awaken... and filled with horrors!

In the swamps of Okefenokee, the vampires of the marshes are fighting in a deadly struggle against their predators, Harlan, Tesla & Kurjak. Caught in the middle between the two clashing parties, Roscoe gets to a crossroads of his desperate existence...

The park of Château Carignac is cursed. A long time ago, in the exact center of the park there was the Marquis’ hunting pavilion, that burned during the night in 1654. Why does it sometimes reapper, then, right in the middle of the park’s maze? But nobody who saw the pavilion ever came out of the twisting and dark lanes of the garden to tell it...