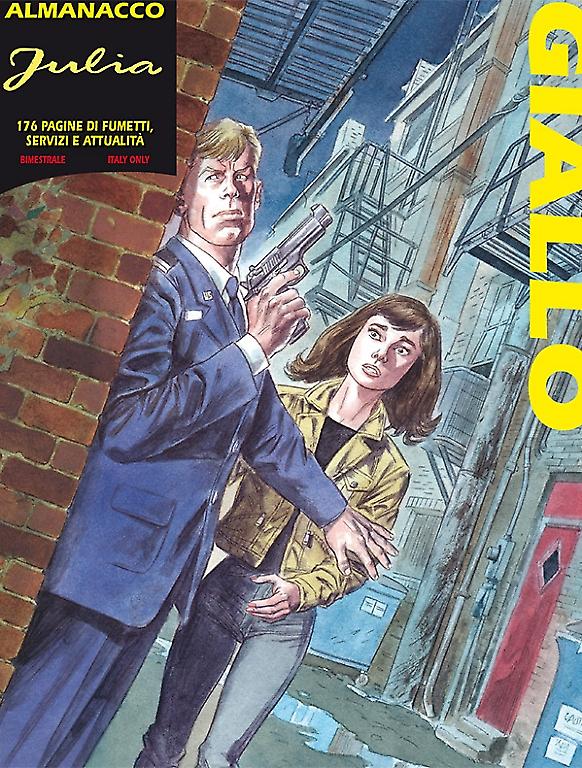 Introduction: Julia and Leo's friendship has its roots in the blood of a murder!...

While still at college, Julia and Leo Baxter’s fates cross paths and the seeds of a great friendship begin to grow. But their friendship is deep-rooted in a crime, or better, in the attempted murder of the detective whose Leo is an intern. The man had been hit squarely in the chest with a firearm, and is found agonizing by his daughter, who arrive just in time to see the hitman get away. Julia’s brain will have to find the culprit and Leo’s arm will have to deliver him to justice! This year’s Almanacco also feature 82 pages of full-color files about the “boom” of the thriller magazines who came after Diabolik, Elmore Leonard’s caustic and violent tales, the shocking cinema of Nicolas Winding Refn, and everything about the books, movies, TV series and videogames of the Crime Year!