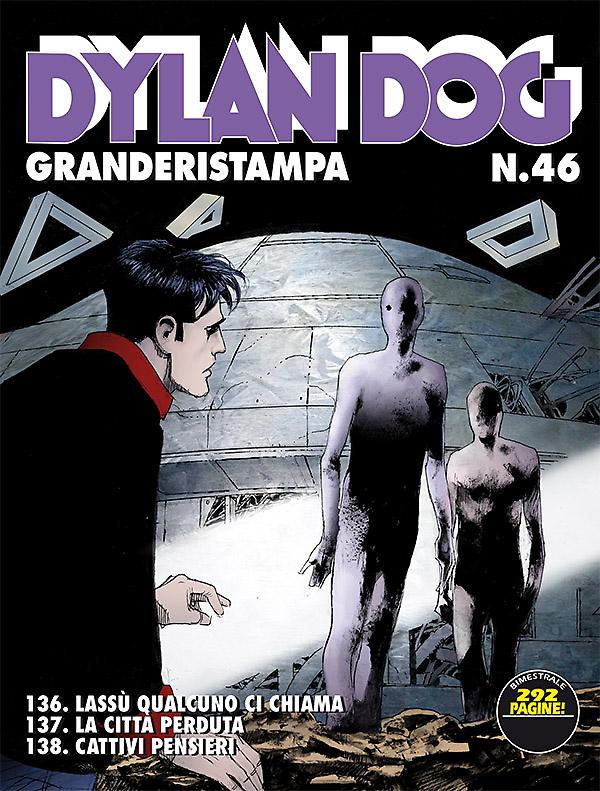 Introduction: A voice from the cosmos, a whole city vanishes into thin air and the incredible power of Forrest!

A voice has come from the depths of the universe and has struck a radiotelescope. If you strain your ear, you can hear it. It tells people – heaven knows why – to go to Llangwntffrwd, a small Welsh village with an impossible name. The key to the message lies down there. Alien intelligences? Words from a remote past or cosmic divine forces? Perhaps only a small soul lost in the cosmos, singing its swansong for everybody…

Who is Annabelle Parker? A shadow, a memory, all that remains of Bothridge. An entire city has vanished into thin air, or rather… it has changed. The roads and squares, the old pubs, the people, everything appears unrecognizable. Dylan Dog wanders amid the mists of Cornwall in search of Annabelle and of a past that seems to be lost forever. But there’s another mystery in the mystery of Bothridge…

An accident, a chain of misunderstandings… and Dylan spends a night behind bars! It’s only the beginning of a long adventure. Within the prison walls, he meets the good-natured, wise Forrest and his incredible power, and Dylan discovers that iron and concrete prisons are nothing in comparison with the prisons of the mind and that the innocence of a man can be condemned to death... by the wicked thoughts of others!