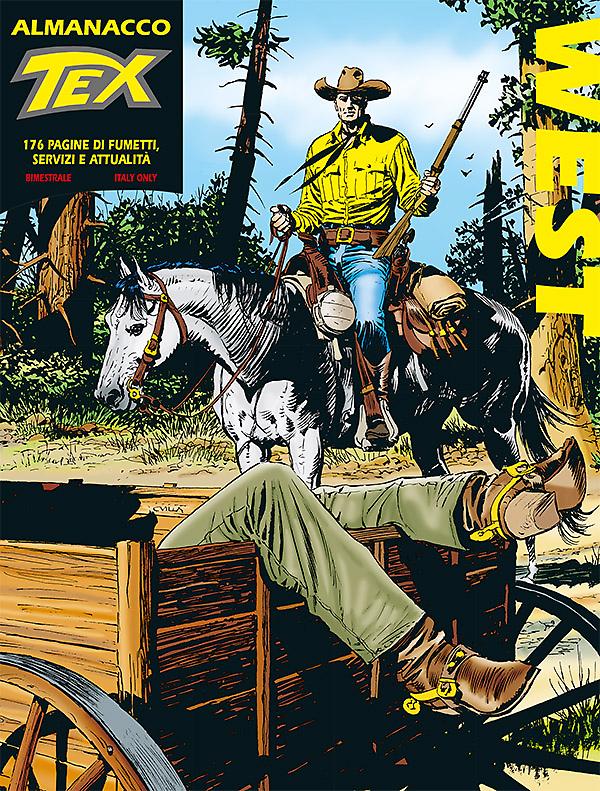 Introduction: This wedding is not to be celebrated... says Judge Colt!

A groom-to-be kidnapped the day before his wedding! It’s a matter of honor for Tex to take him alive from the hands of his kidnappers and wipe the tears from the face of his young and beautiful bride... It’s not so easy, though, when guns appear behind every tree in the forest, throwing hot lead at you! This year’s Almanacco also features dossiers about the angel with the gun, Giuliano Gemma, Sitting Bull last stand and a horse as a friend, as well as everything about Western-themed books, movies, comic books, TV series and videogames of the year.