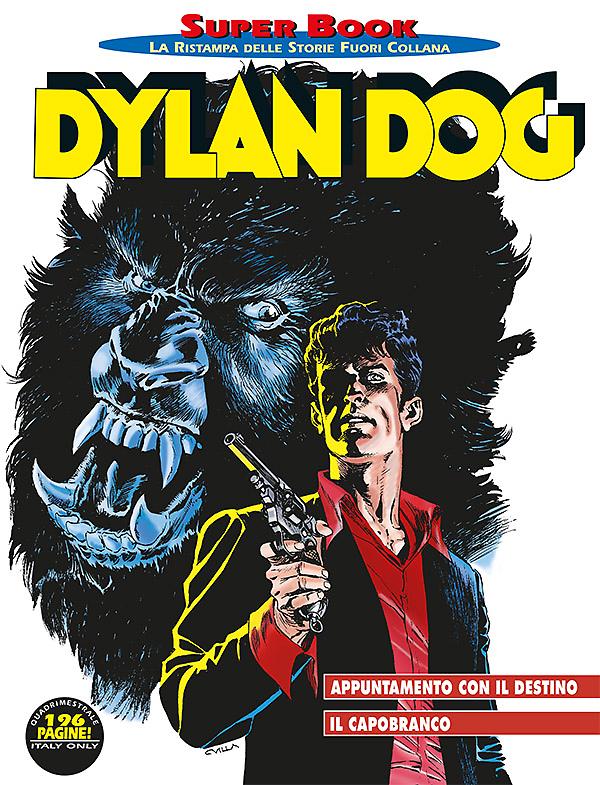 Introduction: A girl who can see the future and a wolf avenger...

After miraculously surviving a terrible car crash, whose fatal outcome she saw beforehand, Johanna, a seemingly ordinary girl, discovers that she has the talent of foreseeing the death of other people. And not only natural death, but above all the murders and massacres perpetrated by a dangerous criminal, who kills using horrifying explosive devices, each time more powerful and lethal. When Johanna asks Dylan Dog for help, the Nightmare Investigator can’t fathom that very soon one of the visions of his attractive client will have him as its center…

A string of fierce crimes sheds blood in the hard dogfight underworld; the victims show deep wounds and mutilation, just like the ones a werewolf could cause. And, as is quite usual for him, the Nightmare Investigator will have more compassion for the so-called monster than for his other than innocent victims…