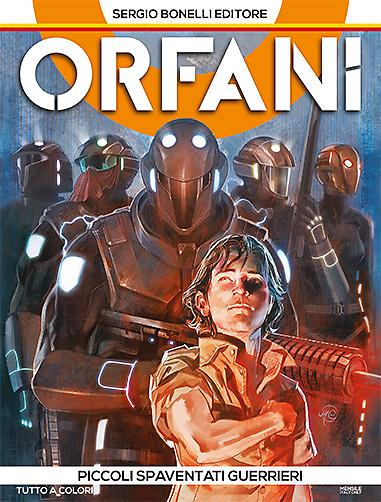 The past: a strange alien force trasformed half of the Earth in a smoking crater. Led by Dr. Juric and General Nakamura, a squad of kids undergoes a severe training, aimed to transform them in the best-trained army in history. It’s the beginning of a march towards Adventure for Jonas, Ringo, Juno, Hector, Rey, Felix and Sam.The present: a spaceship lands on the planet the aggression came from, with the task of finding the destructive weapon and wipe it out. When the lethal aliens appear, they’re stymied by a band of undomitable warriors: the Orphans.