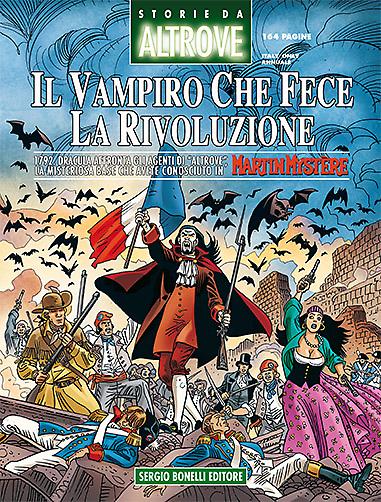 Introduction: At the twilight of ancien régime, an old relic could change Europe's destiny forever!

Year 1792, Paris. The shocking events that will put an end to the ancien régime are underway. General Lafayette fell out of favor with the National Assembly after the bloody deeds on the Champ de Mars; now, he’s worried that the Jacobins will declare him a traitor and ask to put him under arrest. The General asks his old friend George Washington for help to leave the country. The first president of the fledgling United States of America sends to France Jean-Louis Bientot and Amanda Janosz, aka the “Elsewhere” team, because Lafayette knows where an ancient relic could be hidden— if it fell in the wrong hands, the destiny of the entire Europe could be twisted. The agents of the mysterious American base are not the only ones to hunt the artifact... A frightening character just came from Transylvania: it’s the prince of darkness, Vlad the Impaler, the immortal Count Dracula!