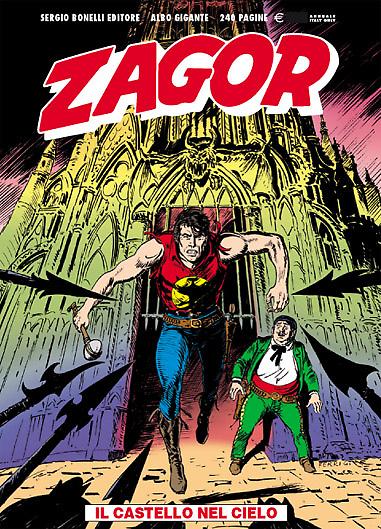 Introduction: Wheres the limit between reality and fiction, when both can kill?

A writer obsessed with the visions that inspire his stories comes to Darkwood, convinced that facts and characters of his works – which he once believed to come only from his fantasies and nightmares – could have an appalling resemblance with reality. In fact, devilish creatures begin to unleash terror in the forest... and Zagor will have to fight with his hatchet the magic of Koontz, a sorcerer from another dimension!