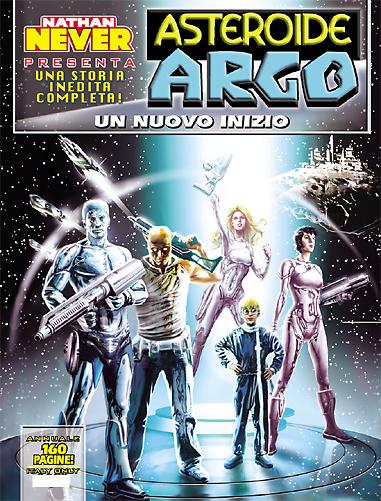 Introduction: The crew of Asteroide Argo is back: new adventures in deep space!

In the new galaxy where Asteroide Argo arrived during its wanderings, the crew of Major Helen Sheldon is called to recover the scientific mission led by Dr. Talaak that, during a strong magnetic storm on the planet called Nekaff, is studying the genetic mutations of local plants. While looking for cover, the Dr. Talaak and her aide, Meem, meet three dying Nekafites. One of the Nekafites manages, before the end, to give them a case with strange spores that need to be saved. After reaching the scientists, Jack O’Ryan will have to find a way to bring everybody back to safety, while solving the enigma of the spores — but he also has to find a cure for Major Sheldon, stricken by a deadly parasite that reduced her on the verge of death!