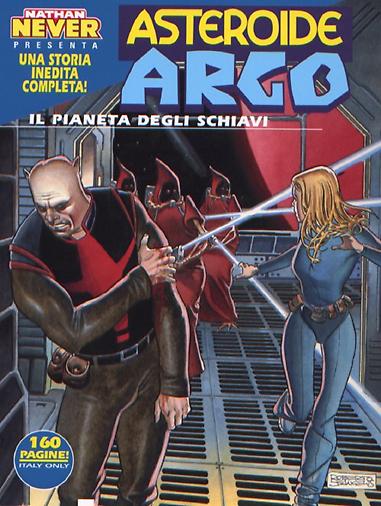 Introduction: During a peace mission, the crew of the Asteroid Argo comes across a lost civilization


Following a rare cosmic event, the Asteroid Argo and its weird crew have been thrust into a galaxy that is light years away from Earth. Major Sheldon, Lt. Obaru, Rick Brice, professor Anderson and the android McCloud, together with the two Alfa Agents Jack O’Ryan and April Frayn, arrive in the Kuaddhar belt, on the planet Raikuu, which is being fought over by two contending races, the Triekuus and the Baikuus. They’ve come to answer the call for help by a mysterious civilization that was thought to have disappeared thousands of years ago…