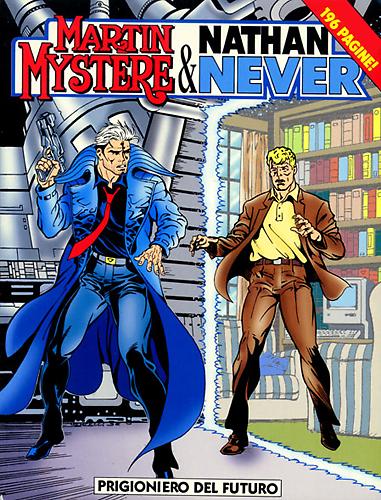 Martin Mystère wakes up in the future. His world has long since ceased to exist, and so the Detective of the Impossible finds himself having to try to figure out how on earth he’s managed to travel through time. But, while he is doing his very best to get away from those who seem to have imprisoned him, he is unaware that the Agenzia Alfa is also involved in this weird affair. In fact, it’s the involvement of the Agenzia Alfa that actually leads him to meet Nathan Never, and also results in his discovering the most amazing explanation for his own presence in an era he’s not supposed to belong to…