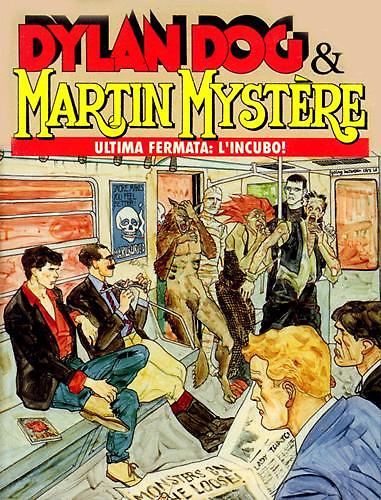 1990: The disappearance of an urban speleologist on the underground is the sign that, after many years, a terrible threat hidden in the bowels of London is reawakening. A threat Dylan Dog and Martin Mystère already found themselves facing together once before, twelve years ago, at the time of their first meeting, when they had to confront the bloodthirsty plans that were being excogitated by the powerful occultist Mabus...