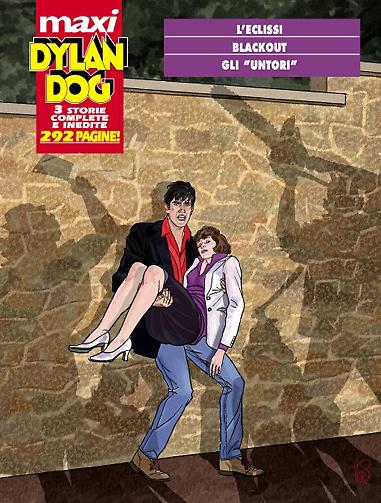 Introduction: A thrilling holiday, a puzzling disease without escape, a series of unfortunate events…

An apparently harmless bed-and-breakfast becomes the scene of a frightening week-end for Dylan Dog and Raquel, his beautiful girlfriend of the moment. They're not-so-welcomed guests of the Forresters, attentive hosts by day, crazy murderers at night… moreover, they hid a disquieting secret!

A strange blindness epidemic spreads chaos and anarchy among the Londoners. While the Army and the authorities struggle to control the disease that menaces to throw the world back in the dark ages, our Old Boy, curiously immune to the infection, tries to find the root of the disease.

Does “Bad Luck” really exist? The answer is yes, at least if you listen to the people from the town of Eversham, who hold the Silvers, a family allegedly composed of jinx, responsible for all of their misfortunes. The Nightmare Investigator will have to fight the deep-rooted local superstitions to unveil the upsetting truth.