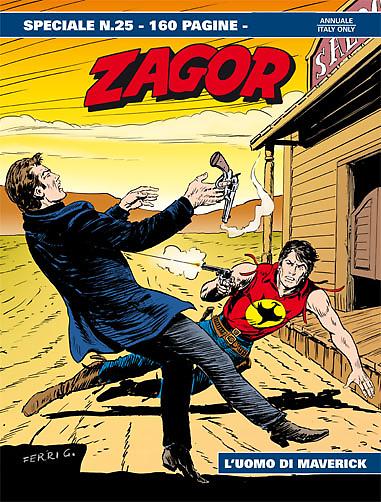 Introduction: The Dutchman is hidden in an abandoned city… and that's where Zagor go to challenge him.

The ruthless gang of Peter Jolt, a.k.a. the Dutchman, after spreading death in Darkwood, snatches the young Alison from his family, to bring her to Averno, a mysterious ghost town that became a haven for the worst outlaws of the area.The Dutchman’s tracks are followed by Zagor, Cico and Marshal Danfort. With the help of a small group of brave men, they’ll have to free Alison before she’s sold to the Natives.