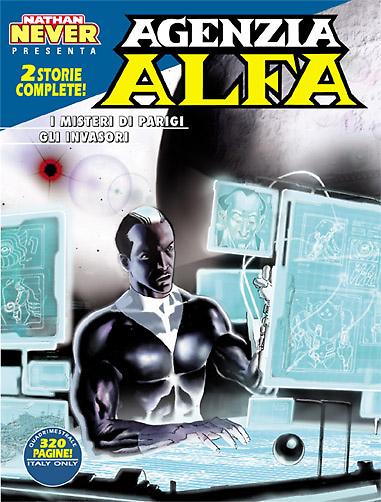 Introduction: A mystery-ridden mission for Sigmund and Betty, a menacing universe to discover for the android Link, lost in Subspace!

Echoes from the past come back to threaten the life of Special Agent Betty Hayworth, when Jafar, a comrade-in-arms of her father’s, comes asking for something he believes to be his. Darver decides to partner his young agent with Sigmund Baginov, for a business mission in Paris. Things are not as easy as they seem, and new friends – or maybe enemies-to-be – appear in the world of Agenzia Alfa…

The research of Professor Munroe could once and for all solve the problem of the energy sources on Earth, and a very powerful character is interested in funding and controlling his project. The experiments on his orbital nuclearizator are followed by Link, entrusted to protect the scientist. Once in orbit, something’s not working as it should, and the shadow of Mr Alfa begins to loom on the operation...