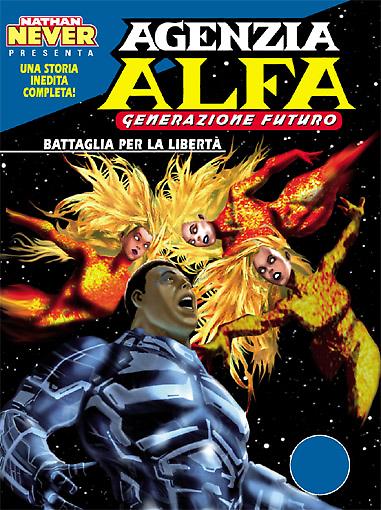 Introduction: The New Heroes are back! The Alfa Agents from a distant future strike again!


In a faraway future, Erebron, who holds the highest position in the Balance Council, is still advocating his crusade to erase the twisted sentient machines from every angle of the Universe. But there's uneasiness spreading among the human populace, and even inside the higher ranks of Erebron's army. The rebellious forces – formed by machines and by humans who are against Erebron's vision – chose a band of heroes that could take them to victory, giving them a new hope: they're Alfa Agents Liam, Joe and Scout, along with telepaths Kay and Lamia, and the android from the past, Link… But there are a number of other scheming and plotting entities, ready to try and seize power…