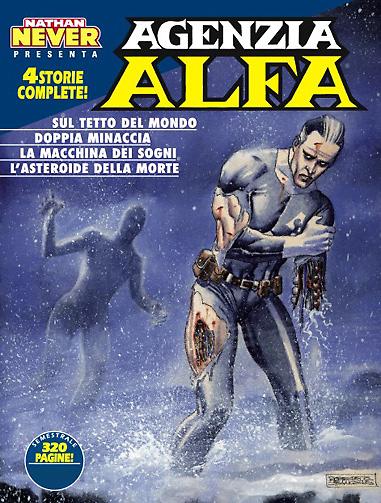 Link, the sophisticated robot who works for Agenzia Alfa, is involved in a high-flying mission, after the puzzling disappearance of a group of technicians from a railway company. What's the threat hidden in the secret laboratory placed among the glaciers?

After breaking a leg in a gunfight against ruthless criminals, May begins to sort her past memories out and find that one of her friends had been killed in puzzling circumstances…

A hellish machine is able to make your mind live the emotions of other people. It seems like a good deal, but it's an instrument that can be used for dangerous purposes…

The Valkyrie Group, formed by three young female pilots, is sent to outer space by Agenzia Alfa to try and stop an asteroid that left its course and is now falling on an important mining station…