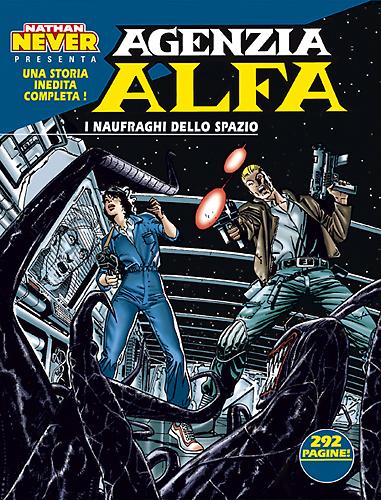 The Agenzia Alfa organizes a recovery operation with the aid of former general Powers, to be deployed on asteroid B612, the headquarters of the Argo Base, which has been isolated because of an energy string and the comet Lucifer. Despite the shady dealings of General Blear, JerryLone’s Skyhound, with Nathan, April Frayn, Jack O’Ryan and Link on board, manages to reach the survivors by performing daring feats against comets that have deviated from their orbits, sentient computers and incredible cosmic phenomena.