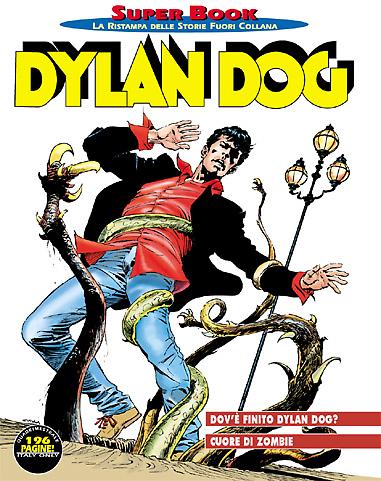 Introduction: The Nightmare Investigator vanishes in thin air, and a tender story of living dead...

A day like any other day, for Groucho… shopping at the market, a stop at the newsstand and then home. Well, it would have been a day like any other day, if at 7, Craven Road there still were Dylan Dog’s house, and the Nightmare Investigator with it, instead that a crummy pub managed by a guy that says he’s been there for sixteen years, at least. Apparently, Groucho and Inspector Bloch don’t have any clue to solve the mystery, until Lord H. G. Wells can, using one of his improbable gadgets, find the traces of a “negativity wave”, whose origin, though invisible, is under everybody’s eyes…

Sarah, wife of Lord Whittington, is living her worst nightmare: her daughter Rory has been kidnapped under her eyes. But the most frightening thing is that nobody, except Dylan Dog, is prepared to believe that her kidnapper was a zombie!