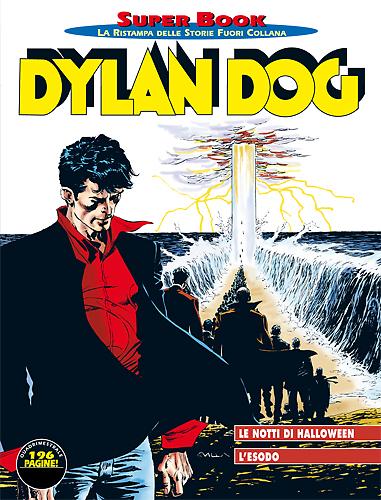 Introduction: People disappearing in Holmwood’s fog, and a man who catches the voices of the dead!

Holmwood is the classic quiet village in the middle of England countryside, but the woods next to it doesn’t enjoy the same good name. Since many years, centuries perhaps, during the night of Halloween travellers have mysteriously disappeared in that area. Luna Walters’ parents, too, vanished in the fog that — in that magic night — surrounds Holmwood Forest… The brave young woman doesn’t have any other choice than to go back to that creepy place, not without asking for the good offices of one Dylan Dog…

Once, Al Jone have been famous for a while. After all, people who are stricken by a lightning bolt usually just burn to death. He didn’t — Al became a walking accumulator of sorts, a scientific curiosity, a carnival attraction. And now, among the other energy sources, Al Jone began hearing the voices of dead people... along with others that are calling him from outer space. He has to go in the chosen place for a rendez-vous, but he’s not the only one who has been “called”… A group of losers in life, a marginal humanity, begin their journey towards Al’s destination. And Dylan Dog goes with those people, to save them from somebody who’s determined to stop the Exodus…