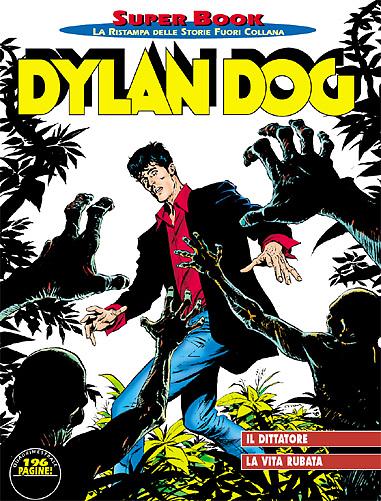 Introduction: A cruel oppressor who came back from death, and a nameless man hunting for other people’s lives …

Nobody dares to challenge the power of Dictator Gálvez, the absolute ruler of Estrella Verde, except for a small group of “revolucionarios”, poorly armed; but they will strike the presidential car with a rocket. Pilar “la Bruja”, the witchcrafting mistress of the President, can achieve what the most famous surgeons from St. Martin’s – the celebrated London clinic where Gálvez has been taken – couldn’t do: she brings him back from Death’s dark path! But there’s a price to pay for everything, in this world just like in the other, and after being restored to life, the President is forced to follow a strict diet in order to get his strength back. Therefore, when a beautiful nurse from the clinic – who Lord H. G. Wells, admitted to St. Martin’s, too, was so fond of – disappears only to be found horribly devoured on the Thames’ banks, Dylan Dog begins his investigation…

Who wouldn’t like the life of Dylan Dog? Adventures in between nightmares and dreams, loves at first sight, an eternal challenge with the impossible. The nameless man is of the same opinion, too. He has a unique and irresistible talent: not having one of his own, he steals other people’s lives. For Dylan, he’ll be the worst of monsters: chased away from Craven Road and thrown in the poorest alleys, the Nightmare Investigator will have to snatch a morsel of survival from each day...