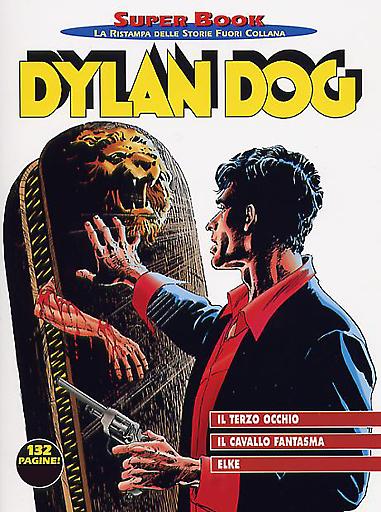 Introduction: A ferocious murder, a fullblood that’s gone missing and a creature that re-emerges from the depths of the abyss!

An ancient ritual obliges a fierce murderer to cut off his victims’ nose with surgical precision. Dylan must stop him before the killer gains possession of the demonic gift of transmigrating from body to body!

Tipperary, the splendid fullblood that belongs to Sir Baldwin, has vanished into thin air. Maybe Dylan Dog has stolen the horse, or maybe it’s gotten trapped in another dimension...

A ravening creature that is thirsting for human lives seems to have been defeated. Instead, the monster is still alive, buried in the abyssal depths of the ocean, and it’s ready to come back to claim its tribute of blood!