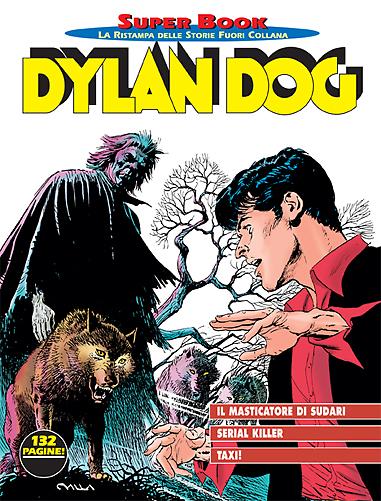 Introduction: The newest Super Book will surely be all but a relaxing read!

The vampires have come back to Whitby! Like in the Dracula story, the city is besieged by a demoniacal presence that strikes death into people. But is it really the ancient citizens of darkness who are responsible for those mysterious deaths? An intricate case the Dylan solves thanks to an unusual ally: an elderly gentleman with long eye teeth…

Geoffrey Banks, serial killer by profession. He enjoys his work and cultivates it passionately, with daily devotion to the duties of a murderer. He regards it as essential to specialize in a certain category of victims in order to obtain the greatest satisfaction from his job. That’s why he decided from the very beginning only to kill detectives, or if you prefer... Investigators!

An old metropolitan legend: a stranger asks the cab-driver to take him to the graveyard and then disappears. Not long afterwards, the dismayed driver discovers he’s given a deceased person a ride. For Nathan Jervis this is far more than a “legend”: it would appear that all his customers are ghosts…