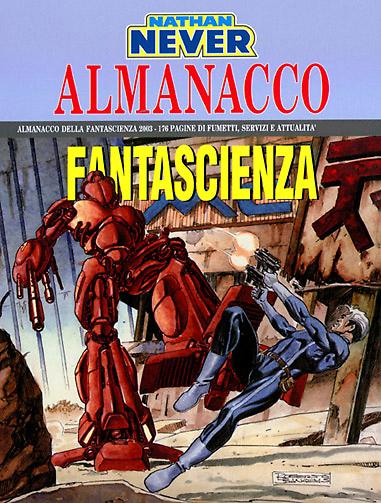 This is a story where it’s actually the scenario which usually forms the background to our heroes’ adventures that acts as the protagonist itself. Or rather, we might even go so far as to say that it isn’t really a question of one story, but of lots of them. Like those collected by the anonymous reporter who wanders around the City in search of a scoop… For instance, a military operation on the Costa de Plata, in which the rebels have to try to get the better of the terrible “Cyclops”, i.e. of cutting-edge combat droids who are utilized by the government troops and are the repository of a spine-chilling secret; or the long-standing friendship between Carter and Percy, and the way they fell out because of their forced cohabitation on Mars; or, alternatively, the whys and wherefores of a few lumps of sugar…