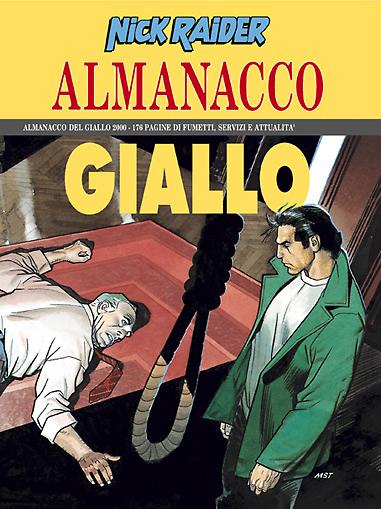 Introduction: Nick Raider in a complete 94-page story: "Nodo scorsoio". Everything about the books, movies and videos and CD-Roms of the year. Dossier: Gangster story. Humphrey Bogart, the legend. The nightmares of Cornell Woolrich. On the roads of Sin City; 176 pages of action, investigation and suspense!

Nick Raider finds himself obliged to kill Zombie, a dangerous killer in hiding, who’s been wanted for many years by the FBI as well. The murderer had recycled himself as a gun-runner and Nick stops him just as he is clinching a deal on a load from Russia. It’s important to track down his collaborators in the USA, because Lt. Art Rayan thinks that the hoard of arms they’ve recovered aren’t the first lot to have arrived from the East. The events prove him to be right: it’s Russian weapons that are used to commit a tragic armed robbery…