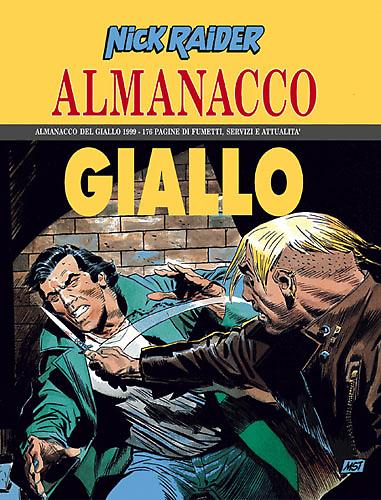 Introduction: Nick Raider in a complete 94-page: "Delitto su delitto". Everything about the books, movies and videos and CD-Roms of the year. Fu Manchu and the terror from the Orient. The lones wolves of Jean-Pierre Melville. Alack Sinner, the most tender of the "tough guys". The mysteries of Father Brown. 176 pages of action, investigation and suspense!

Three guys belonging to a Neonazi cell in New York are killed at the group’s headquarters. From the preliminary examination of the evidence, it would appear that it was a woman who killed them. It looks as if there’s a lengthy and laborious investigation in store for Nick and company, because there aren’t many clues and anyway it was probably the girl herself who planted them, to set the inquiry on the wrong tracks…