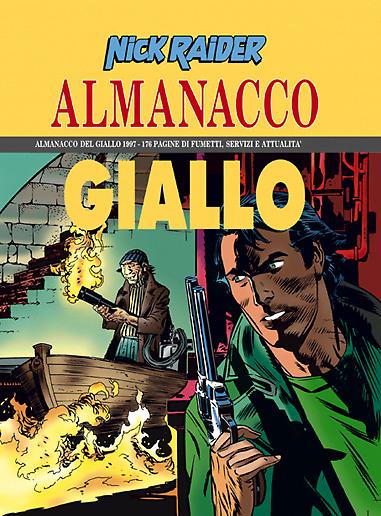 Introduction: Nick Raider in a complete 94-page comic strip story: "Venerdì 13". Murder story year: everything about the books, movies and videos. Dossier: Prison movies. A tough guy named Torpedo. Georges Simenon, the man who invented Maigret. The Avengers: special agents in the service of Her Majesty. 176 pages of crime, investigation and suspense!

Charlie Fagioli, a minor-league mob associate, tries to accrue as much advantage as possible from an internal feud within the Coppola family. Having escaped by a fluke from an attack in which the old godfather and his faithfuls get killed, Charlie goes to the Coppola home and comes out with a valuable little briefcase, shortly before the arrival of the godfather’s daughter, who has masterminded the bloodbath. Wounded and chased by the girl’s thugs, he manages to get into the city sewers, via the underground. Here he is helped by “Grigio”, a vagrant who lives among the scum of the city in the sewers. But Nick Raider manages to reconstruct the sequence of events and…