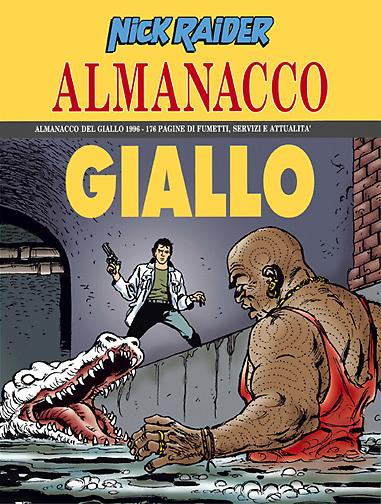 Introduction: Nick Raider in a complete 94-page comic strip story: "Nelle fogne di Manhattan". Murder story year: everything about the books, movies and videos. Dossier: The profession of the killer. Nero Wolfe, the genius with the room. Dick Tracy: the thousand faces of crime. 176 pages of action, investigation and suspense!

During a night out at a restaurant, Marvin witnesses a brawl between the rapper Tattoo and the Black Mafia gangster Dolby. The rapper flatly refuses to sing “Happy Birthday” to Dolby; as a punishment, once the evening is over he is severely beaten up, his throat slashed with a razor, then he’s chucked into the sewers and left for dead by the gangster’s thugs. After being rescued and treated by “Grigio”, a vagrant who lives among the dregs of the city in the rat-infested sewers, Tattoo, now hardly able to speak, begins his revenge. It’s up to Nick to stop him and see that justice is done!