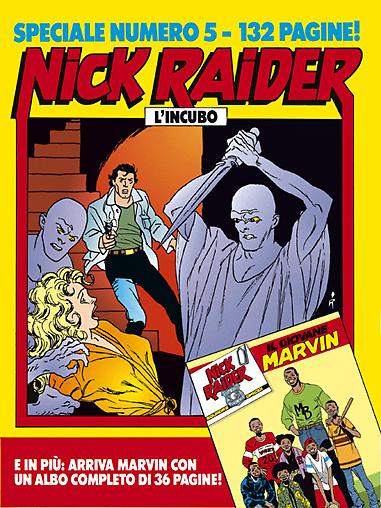 Young Julia Mayer has a nightmare: her sister Jenny is killed during a satanic rite. It’s not the first nightmare: years before, Julia had a dream about the death of her parents in a plane crash, which then duly occurred. Terribly shaken, the girl tries to trace Jenny, who however has gone missing together with an aunt who was looking after her. Meanwhile, the body of a fifty-year-old woman, recently killed, is floating on the surface of a lake… And for Nick Raider it’s the beginning of a nightmarish investigation!