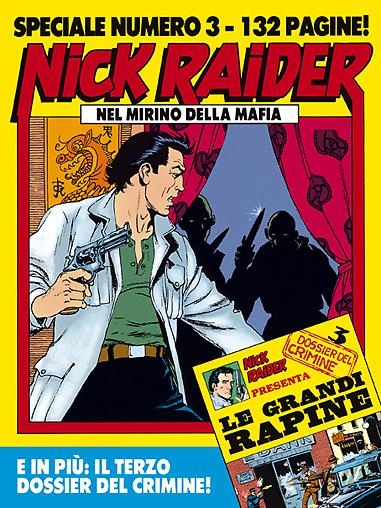 The murder of an American in Italy, carried out by the thugs of mobster don Vito Saracyno, comes to Nick’s attention through some tourists who knew the victim. The murdered man was a federal agent, and Max Random from the FBI chooses Nick Raider, who was already working on the case, to replace the eliminated agent. Agent Brenda Stacy goes with Nick to Italy. They know that a mob summit is going to be held in Rome, with representatives of Cosa Nostra, the Yakuza and the Chinese Triads. Nick and Brenda, helped by a Japanese agent and a local police officer, have to find out where…