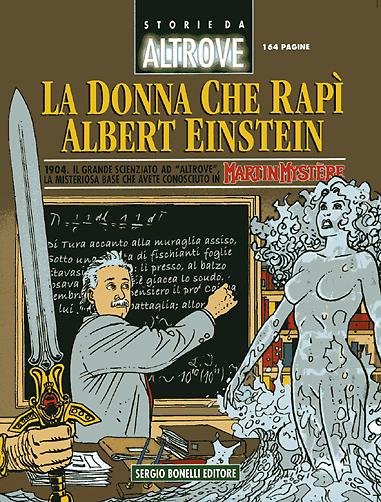 Introduction: Ugo Foscolo and Albert Einstein cross paths with the mysterious base of Elsewhere…

France, 1804. An infantry Captain has an illicit affair with a young English woman, but he’s unwittingly controlled by the Napoleonic intelligence, that’s interested in a secret that the girl is keeping. Trhe Captain’s name is Ugo Foscolo, and he’ll soon leave the army to enter full-time the literary and academic career. Swiss, 1904. At Bern’s Patent Office, a young clerk is developing important physics formulae that could change the world... but he doesn’t know he’s the target of some unprincipled people, hired by a mysterious man, who are following all of his moves. The clerk’s name is Albert Einstein, and when his tormentors come out into the open and begin blackmailing him, he is forced to obey them. The plans of the mysterious schemer didn’t account for an unforeseen factor — the existence of an American secret agency devoted to the study and research about paranormal events, a place called with the strange name of “Elsewhere”…